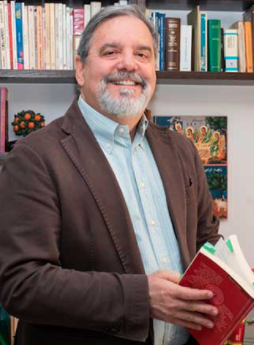 Pierluigi Consorti is full professor of law & religion at the University of Pisa. He is the President of the Italian national association of law & religion scholars. He graduated in law at the Sapienza University in Rome in 1984, and licentiated in Canonical Law at the Pontifical Lateran University in 1989, as well as Ph.D. in law&religion. In 1992, he became assistant professor at the University of Pisa, where he was subsequently promoted as associate professor and full professor. Since the academic year 2000/2001 he has been teaching “Law and Religion”, “Regulation of the third sector”, “Human Rights, Religions and Peace”, “Law and Religion in a comparative angle”. From 2001 to 2004 he has been teaching at post-graduate courses on “settlement of interreligious and intercultural conflicts”. From 2008 to 2014, he has been director of the post-graduate course on “legal protection of migrants”. In 2013 and 2014 he has been director of the post-graduate course on “conflict management and mediation”. He has been director of the Center for Human Rights at the University of Pisa, and has been Deputy Director (2005-2009) and Director (2009-2016) of the “Interdisciplinary research centre “Sciences for Peace”. He is member of the scientific committee of law journals in the field of Law & Religion, acts as referee for many journals and research projects, and (2020-2023) is a referee for the national evaluation of Scientific Law Journal. He authored or coauthored more than 200 academic articles, books, chapters and academic contributions.